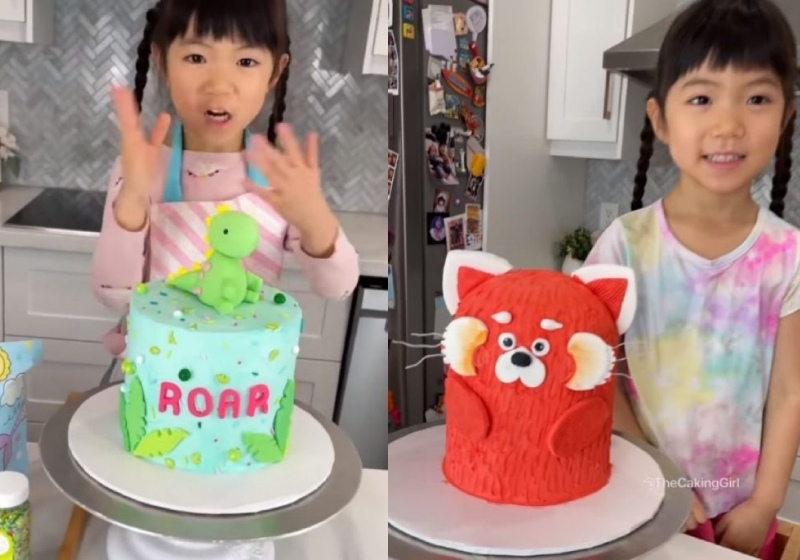 4-year-old Canadian Ellis has won thousands of fans and it’s not just because of her beauty. The little one creates superb decorated cakes… and all by herself!

Each cake is a true masterpiece and, according to the girl’s mother Joey, it all started with a joke.

Joey is a baker and has been working with decorated cakes for years. She says that one day she posted a video of the little girl helping her place an order and fans loved it right away.

And what was a joke became serious for Ellis. According to her mother, when she saw that the cakes decorated with kittens, puppies and other cuties were successful, the girl began to like baking and began to produce her own decorations.

She still posts the videos on Joey’s account, which already has more than 129,000 followers and is causing a stir on social media. Today, according to his mother, Ellis bakes an average of two cakes a week.

Joey said it all serves as inspiration for the little baker. Animated movie characters like Minions, dinosaurs and even a rainbow.

In comment sessions, users around the world are raving about Ellis’ skills. “You are so talented! Looking forward to more creations,” one follower said. “She’s a little pastry chef! This is so impressive,” said another.

And guys, Ellis is really wonderful! Look at this!

with information from Brazilian mail