Andreescu does a semi indita on the grass and faces Halep 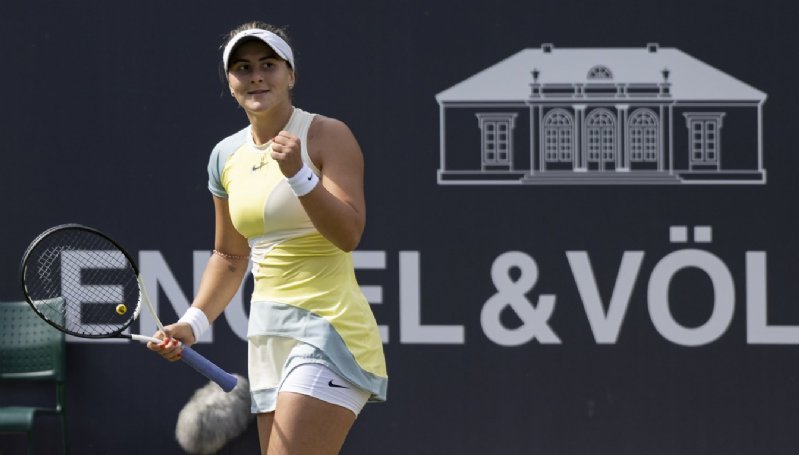 Bad Homburg (Germany) – For the first time in her professional career, Bianca Andreescu will play a semi-final on grass. The Canadian qualified for the WTA 250 in Bad Homburg after defeating Russian Daria Kasatkina, the tournament’s top seed and world number 13, with splits of 6/4 and 6/1.

Andreescu’s first victories on grass in the WTA main draws came last year. Already in the current season, the former world number 4 and current 64th in the standings fell in the round of 16 in Berlin. The 22-year-old Canadian and winner of three WTA titles, including the 2019 US Open, is aiming for a sixth career final.

Andreescu’s semifinal opponent will be Romanian Simona Halep, seeded third and 19th in the standings, who beat 25th-placed American Amanda Anisimova 6/2 and 6/1 in just 56 minutes. The Canadian lost her only previous match to Halep in the 2019 WTA Finals.

“I knew she was playing really fast and I had to be strong. I’m really happy with the way I played,” said Halep, who fired 10 aces and scored 31 winners to her rival’s 19. The Romanian also engineered the duel with Andreescu. “It’s going to be a tough game, I know what to expect. But the game on grass is different. Again, I’m happy to have won today and I’ll be ready for tomorrow.”

French duel in one of the semi-finals
On the other side of the table, the current tournament champion was eliminated in the quarter-finals. The German Angélique Kerber, former world number 1 and currently 18th in the ranking, was overtaken by the French Alizé Cornet, 44th, with partials of 6/4, 2/6 and 6/1. It was Cornet’s third win in seven games against Kerber on the tour.

Take out the defending champion 😲

Thursday’s game featured nine service breaks, 5-4 for Cornet. The Frenchwoman even created 15 break points and fired six aces against none from Kerber. She also had 38 wins, two more than the German, and made 32 errors against her rival’s 46.

Another Frenchwoman among the semi-finalists is Caroline Garcia, who eliminated local guest and former world number 12 Sabine Lisicki by 6/3 and 7/6 (9-7). Garcia, 28 and 75th in the standings, leads the history of clashes against Cornet by 3-2.