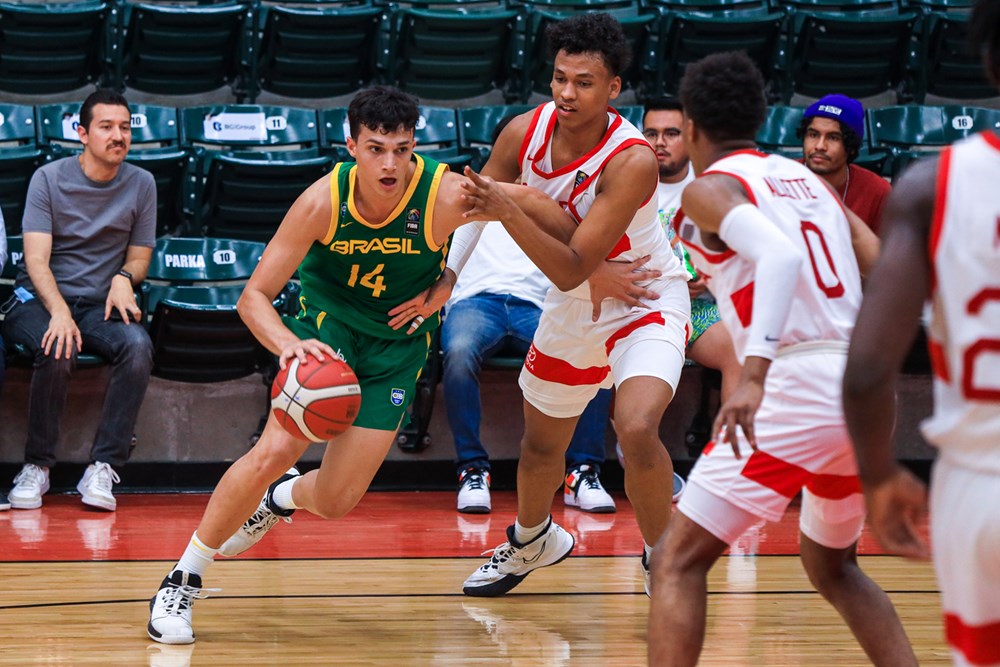 It was a turning point and with emotion until the last second, that the Brazil passed the Canada 78 x 77 this Saturday (11) and guaranteed a place in the final of Copa America Men’s Under-18 Basketball, in Tijuana, Mexico. Vitor Galvani’s team will face Argentina or the United States this Sunday (12), at 9 p.m. The final can be followed live on CBB’s facebook and also on CBB TV.

Brazil started the first half under pressure from the opposition and were 18 points behind. But the good recovery of the third quarter and the offensive efficiency were decisive for the Brazilian victory.

Reynan and Canadian Vasean Allete were the match scorers with 22 points each, in addition to delivering 5 assists for their respective teams. Chaudière with 16 points and the Canadian Michael Nwoko with 15 points was also a highlight of the match.

In the first quarter, the Canadians were more effective on offense. Brazil committed a few and failed to impose themselves on the strong volume of the opponent who closed at 30 against 17. In second, still struggling to find themselves in the game, the Brazilian team continued behind on the scoreboard and, even with good offensive shots, saw the Canadians close at 48-30.

The Brazilian reaction came with everything in the third quarter. Caldeira, who came off the bench in the second half, brought more offensive volume to Brazil who managed to hit the scoreboard and close with a single point difference with 60 1 61 for the opponent.

In the last period, the two teams were balanced, with alternating possession of the ball and a lot of volume of play. The effectiveness of the attack was proven on the scoreboard. Caldeira scored 3 points and gave Brazil the lead for the first time in the game with 73 to 71. Reynan increased the advantage and with 75 x 71 the opponent asked for time. But it was not enough to react and the Brazilian team, in a good performance, closed 78 to 77.