Croats win battle in 5 sets and return to final 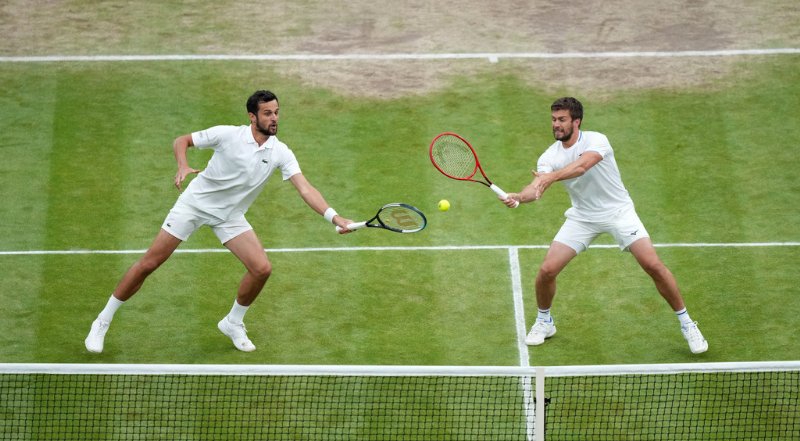 29-year-old left-hander and currently No. 3 in the doubles expert rankings, Mate Pavic is looking to win his fourth career Grand Slam. One of the titles was alongside Brazilian Bruno Soares at the 2020 US Open. Mektic, 33, is looking for his second Slam. The last to defend the title were Canadian Daniel Nestor and Serbian Nenad Zimonjic.

The initial set had a break for each team, always in the first games of the match, and the domination of the Colombian duo in the tie-break. Pavic even requested treatment for his left wrist and put on protection after suffering a fall on the court. The scenario of the second set was similar, with a new tie-break, after a dispute without a break, and this time the Croats prevailed.

The Colombian duo took advantage of a breakout chance in the final game of the third set, while the Croats broke twice in the fourth set without facing break points. The final set was fully cleared but the Croats saved a match point when trailing 5/4, at a time when Cabal came a lot in the comebacks and arguments in the net, but Farah hesitated and made an unforced error. when he could close the game. In the deciding tie-break, Mektic shone, playing an instrumental role in the backslows to lead his duo to victory.

The first semi-final was also not defined until the fifth set, with Australians Matthew Ebden and Max Purcell beating American Rajeev Ram and Briton Joe Salisbury, the tournament’s top seeds, by 3/6, 6/7 (1-7), 7/6 (11-9), 6/4 and 6/2 at 3h59 from the start. High point for the very balanced third set, in which the Australian duo saved five match points in the tie-break.

This will be the second Grand Slam final for Ebden, 34, and Purcell, 24. Earlier in the season they reached the Australian Open final but were beaten by fellow hosts Nick Kyrgios and Thanasi Kokkinakis. In mixed doubles, Ebden made the final on Thursday alongside fellow Australian Samantha Stosur, but the title went to Britain’s Neal Skupski and American Desirae Krawczyk.