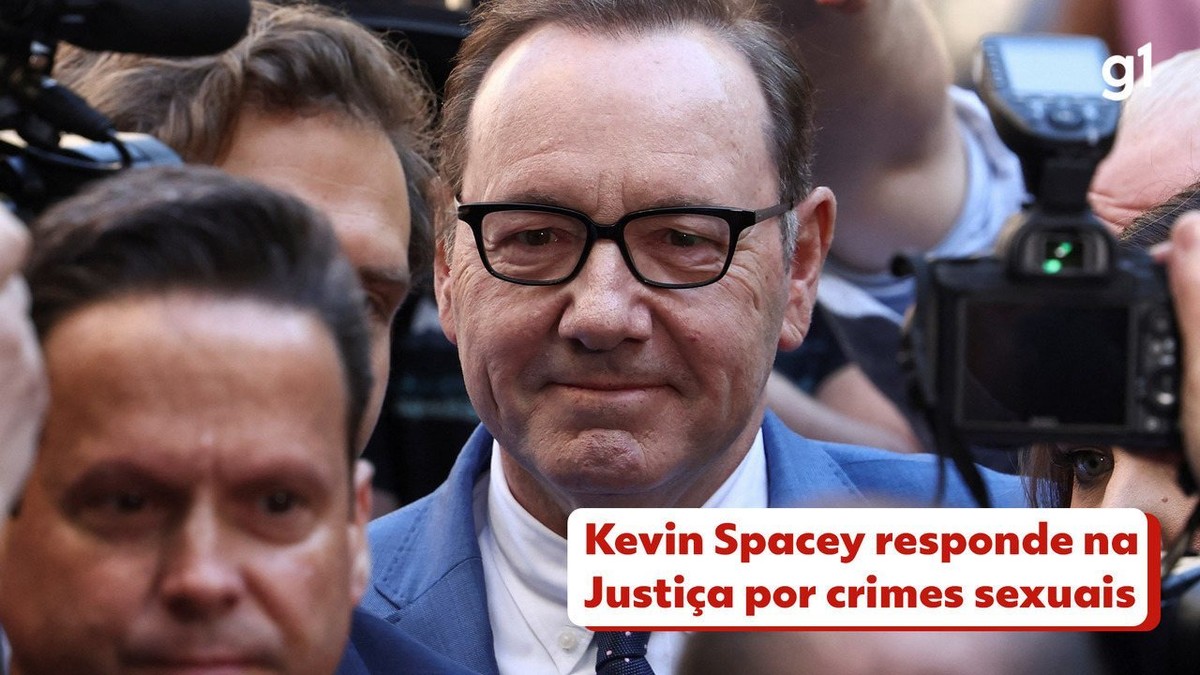 Looking calm and confident, the 62-year-old Hollywood star voluntarily appeared at Westminster Magistrates’ Court to face charges which he denies.

The prosecution acknowledged its “full cooperation” with the investigation, but asked him to surrender his passport and sleep in his residence of London until the next hearingthat the judge marked for July 14th at Southwark Crown Court in South London.

The magistrate took into account that the actor appeared voluntarily in court and did not impose any precautionary measures.

“His job requires him to go to meetings, to attend castings, to meet directors and screenwriters,” he defended himself, declaring himself convinced that Spacey “will continue to appear” before British justice.

Two-time Oscar winner Spacey, who starred in ‘American Beauty’ (1999) and the hit series ‘House of Cards’, has been charged with four charges of sexual assault by three men in London.

“I will defend myself against these charges and I am confident that my innocence will be proven,” he said.

Scotland Yard, London’s Metropolitan Police, has launched an investigation after receiving complaints against the actor for alleged assaults, primarily in the London borough of Lambeth, home to the famous Old Vic theatre, from which Spacey was artistic director between 2004 and 2015.

Two of the charges relate to sexual assaults committed in March 2005 in London against the same victim, now over 40 years old.

Another sexual assault involved a second whistleblower in August 2008 and involved penetrative sexual activity without his consent.

The actor is charged with a fourth sexual assault in April 2013 in Gloucestershire, south-west England, against a third whistleblower.

The wave of accusations that destroyed his brilliant career corresponds to the emergence of the #MeToo movement, born from the affair of the all-powerful American film producer Harvey Weinstein.

Spacey had previously been the subject of several allegations in the United States for sexual harassment and assault in 2017.

He was first charged in Massachusetts with getting his hands on the private parts of an 18-year-old in a bar after getting him drunk in July 2016. Those charges were dropped in 2019.

Spacey’s last on-screen appearance was in 2018, with the premiere of “The Billionaire Boys Club.”

He was fired from “House of Cards” and excluded from a Ridley Scott film, “All the Money in the World”, in which he was replaced by Canadian actor Christopher Plummer.

In November 2021, he was ordered to pay 31 million US dollars to MRC, the producer of “House of Cards”, in compensation for the loss of income attributed to his departure from the successful series of political intrigues in Washington, in which he gave life to unscrupulous President Frank Underwood.

However, he made a timid return to cinema in June 2021, with the shooting in the Italian city of Turin of a feature film directed by the Italian Franco Nero and entitled “L’uomo che disegno Dio” where, according to the producer, he plays a secondary character.