Natália Silva reveals she trained for the face with Jasmine Jasudavicius: “I knew what she would do” | fight 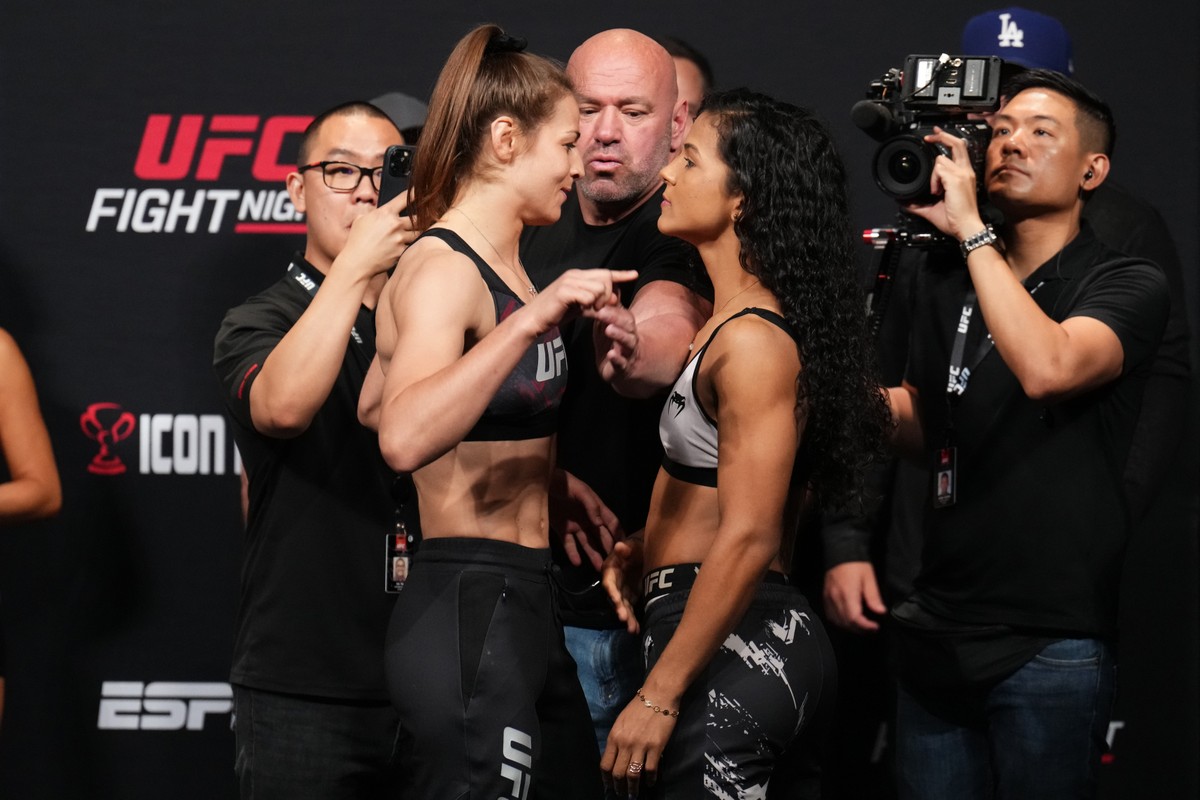 Mundo da Luta Podcast #191 featured UFC flyweight Natália Silva and lightweight Thiago Moisés. Marcelo Russio, Raphael Marinho and Luiz Prota spoke to the two fighters, who talked about their last fights (Click on the player above to listen to the full programme).

Born in the city of Pingo D’Água (MG), Natália Silva made a very good start in the UFC by beating the Canadian Jasmine Jasudavicius. The fighter revealed that she trained for the face with her rival, to make sure she would put her hand on her face, and opened up about the difficulties she faced before arriving at the UFC .

– I told my master that she would put her hand on my face in the gaze, and that I would not let him. We have to train properly (laughs). At the time, she did exactly what I expected. I was very calm, both in the face and in the fight. Today I am a UFC fighter, but I had a lot of difficulties. Before the fight that would be my UFC debut, against Vitoria Leonardo last year, I broke my arm. Then I hurt my arm on the bone callus, and later I broke my nose. Me who is already a whiner, I kept crying, I thought I was not supposed to fight in the UFC. But then I got better, was released to train, and the smile came back.

The fighter recalled her early days in martial arts, when she was a taekwondo fighter testing herself in MMA.

– In fact, my story had everything to go wrong. My master and I didn’t know much about MMA, we were still learning. I fought in taekwondo when I debuted in MMA, and I was easy prey for anyone training in jiu-jitsu. It was to put me down and finish. I got tired of being submissive and went to train in jiu-jitsu. Then the easy prey became not so easy after all. I started winning fights and evolving.

When asked who would be a good name for her second fight, Natália Silva humorously said that she couldn’t remember the name her trainer told her to challenge while she was still in the Octagon.

Maycee Barber is a name Natália Silva is interested in for her next UFC fight — Photo: Getty Images

– My trainer told me a name, but it was very difficult, and I was under adrenaline after the fight. But I think it’s Maycee Barber. She is in the top 15 and would be a good fight. Let’s see what happens…

Click below to listen to the Mundo da Luta podcast on your favorite aggregator: