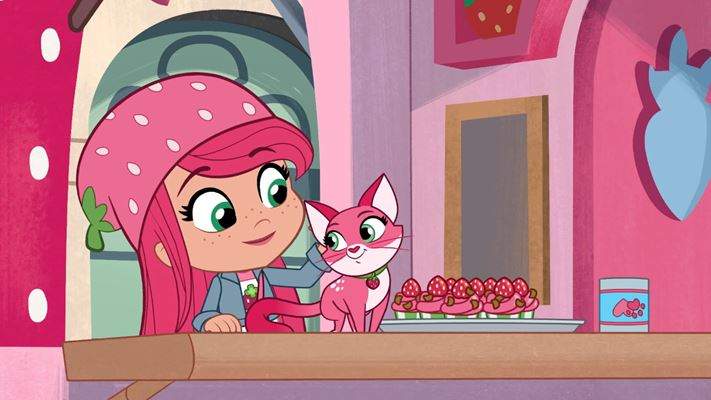 Accompanying the new episodes of the “Moranguinho Na Cidade Grande” series, in which the character dreams of being the greatest confectioner in the world, the official Moranguinho website offers new activities for children.

Since 1980, Moranguinho has had different versions that have always followed the moments of each era, with stories that involved the reality of each generation. From now on, the character wants to reach the Alpha generation with a renewed look and universe.

Thinking of new Strawberry Shortcake fans, the official character portal is full of coloring activities involving the star of the new story, now available on Youtube and major streaming platforms, and all of his friends. In addition, it is possible to know a little more about each character and to follow the news of the brand.

The new version of Strawberry Shortcake was developed by the Canadian entertainment company WildBrain and responds to what the brand considers the main mission of the character: to inspire. “Strawberry Shortcake is an important character in many people’s lives and we believe we can inspire girls to want to change the world, using the character as an example to encourage children to value friendship, overcome challenges and understand the diversity.”said Michael Rileybrand manager at WildBrain.

By the 1980s, according to WildBrain, Strawberry Shortcake’s image was already tied to about $500 million in annual product sales, and at the same time more than five million dolls of the character were sold. Brazil represents the second largest audience in the world for the brand and is second only to the United States.