Program of the Pope’s trip to Canada: Embracing Indigenous Peoples 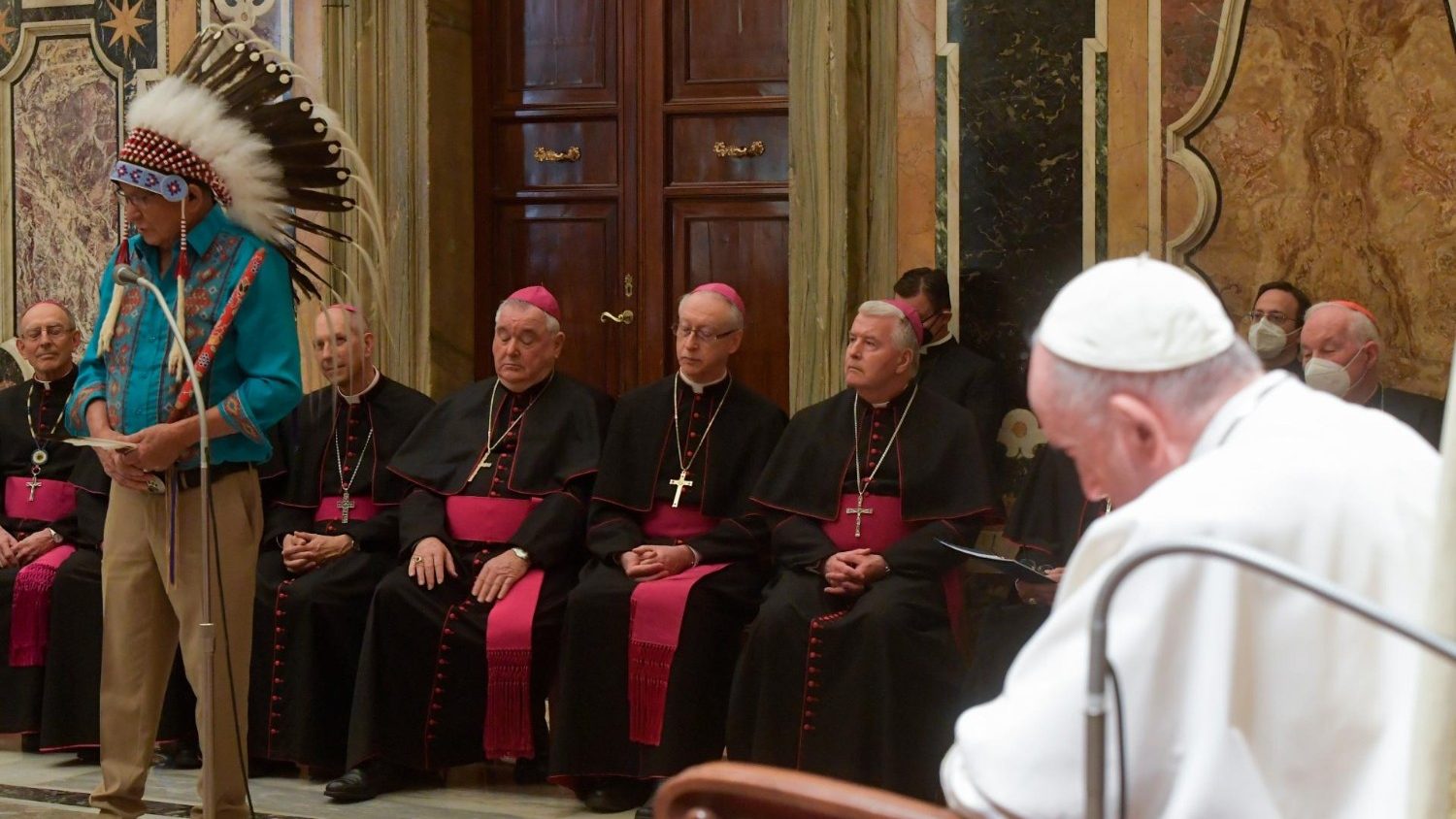 Francisco is traveling July 24-30 to Edmonton, Maskwacis, Quebec, Iqaluit. Among the many meetings of the Pontiff, also with former students of boarding schools and indigenous peoples who take part in the pilgrimage to Lake Santa Ana on July 26

Numerous encounters with indigenous peoples, including former students of Indian residential schools and faithful who took part in the suggestive pilgrimage to Lake Santa Ana, will mark Pope Francis’ trip to Canada from July 24 to 30. The Vatican Press Office published today (06/23) the official program. An agenda full of appointments, with many spaces between them to allow the Pontiff moments of rest, in which visits to Edmonton, Maskwacis, Quebec, Iqaluit, four speeches, four homilies and a greeting are planned.

Departure from Rome to Edmonton

In more detail, departure from Rome/Fiumicino airport is scheduled for the 24th at 9:00 a.m., bound for Edmonton. The pope will arrive there after a journey of approximately thirteen hours, disembarking at 11:20 a.m. (Canadian time) at the international airport, where the official reception will take place. The papal trip will be in full swing the following day, Monday, July 25, with a stopover in Maskwacis, a community in central Alberta. In this place, about 70 km south of Edmonton, Francis will meet in the morning with the indigenous peoples of the First Nations, Métis and Inuit, whose representation was received at the Vatican from March 28 to June 1. The pope will deliver his first speech of the trip. In the afternoon, he will meet with other Aboriginal peoples and members of the parish community at Sacred Heart Church in Edmonton.

On Tuesday, July 26, the feast of Saints Joachim and Anne – to which Indigenous peoples have a deep devotion – Pope Francis will celebrate Mass in the morning at Commonwealth Stadium in Edmonton. At 5:00 p.m., one of the most significant events of the entire trip will take place: the participation of the Bishop of Rome in the “Pilgrimage of Lac Sainte-Anne”, that is to say the annual pilgrimage in honor of Sainte Anne on the shores of scenic lake in Alberta, about 72 kilometers west of Edmonton. It is one of the most popular spiritual gatherings in North America. Founded in 1887 by missionaries of the Oblates of Mary Immaculate, it still attracts around 40,000 pilgrims today and is particularly dear to the hearts of the First Nations peoples who faithfully participate in it each year. The Pope will preside over the Liturgy of the Word and deliver a homily for the occasion.

On the third day of the trip, July 27, Francisco will travel to Quebec, where he will arrive in the afternoon. At the Governor General’s residence, known as the “Citadel of Quebec”, the welcoming ceremony will be held, followed by a courtesy visit to Governor Mary Simon and then a meeting with Premier François Legault and civil authorities, accompanied by the diplomatic corps and representatives of indigenous peoples. The Pope will address them. Also in Quebec City, François will celebrate Mass on the morning of July 28 at the National Shrine of Sainte Anne de Beaupré, a place of worship whose origins date back to the 17th century and which annually attracts up to one million faithful. The second meeting of the fourth day will take place at 5 p.m., with vespers in Notre-Dame Cathedral with the bishops, priests, deacons, seminarians and pastoral workers.

The morning of Friday, July 29 will open with a private meeting with members of the Society of Jesus, at the Archdiocese of Quebec. In the same place, the pope will meet later a delegation of natives present in the French-speaking city. At 12:45 p.m., the Sovereign Pontiff will leave by plane for Iqaluit, capital of the Canadian territory of Nunavut, located south of the Arctic Circle, but characterized by a polar climate. Built as an American air base, it was used by the Inuit community as a fishing ground for centuries. In fact, its name means “place of many fish”. Francisco will travel to a local elementary school to meet a group of students from former boarding schools. The schools were created by the Canadian government between the end of the 19th century and the last decades of the 20th century to culturally assimilate Aboriginal children. In the care of local Christian churches, including the Catholic Church, in these often underfunded institutions, children have often suffered physical and psychological abuse and mistreatment. Some of those victims had come to Rome at the aforementioned meeting in late March and told their stories to the pope, who at the audience with Canadian natives and bishops on June 1 publicly asked for forgiveness. After this meeting, Pope Francis will travel to the airport in Iqaluit, where the farewell ceremony will take place. At 6:45 p.m., he will leave for Rome, where he will disembark the next day, July 30, at 7:50 a.m. Italian time.