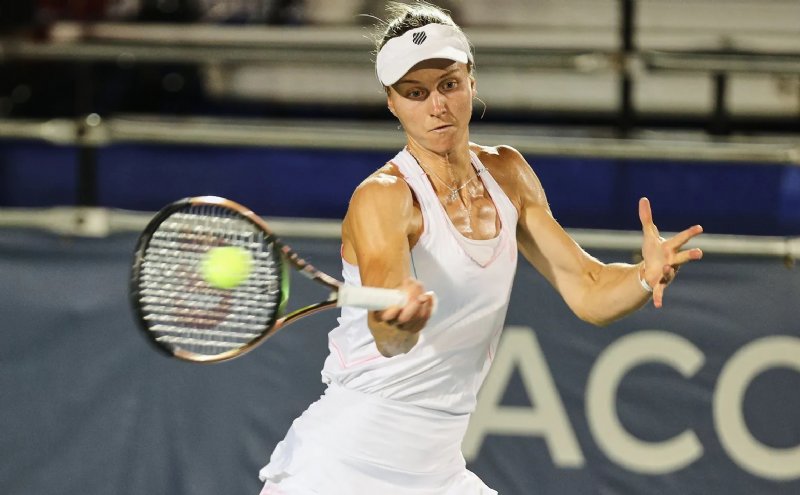 Washington (USA) – A highly respected player when working in faster conditions that favor her very powerful serve and shots, Liudmila Samsonova has confirmed her place in the semi-finals of the WTA 250 in Washington. in the encounter between two tennis players out of very long matches in the round of 16Samsonova beat Briton Emma Raducanu, world number 10, by 7/6 (8-6) and 6/1 in 1h28 of the match.

To defeat the defending US Open champion, Samsonova had to serve well at key moments and be aggressive. She fired nine aces in the match, including one in the first end game ball and three more in the final game on Friday, to close the game. The Russian saved four set points, including three with serve, and made it 33-8 on the winners. More aggressive, she committed 47 faults against 24 of the Briton.

Samsonova’s only career WTA title was won on grass in Berlin last year. At the time, the Russian left the qualifications and beat big names like Madison Keys, Victoria Azarennka and Belinda Bencic. Former world number 25, she is currently ranked 60th. This year he had a great campaign until the semi-final in Stuttgart, on clay and indoor stadium, giving a lot of work to world number 1 Iga Swiatek.

Samsonova’s opponent in the semi-finals in Washington will be China’s Xiyu Wang, 21-year-old left-hander and 95th in the standings. Wang is still chasing his first WTA title and entered the Washington bracket as a lucky loser. The young Chinese beat Victoria Azarenka in the quarterfinals by 6/1 and 6/3. Earlier this Friday, Azarenka had played in the round of 16 and beat the Czech Tereza Martincova by 7/6 (9-7) and 6/2.

Kanepi and Saville face off in the other semi-final
The other semi-final will pit Estonian Kaia Kanepi against Australian Daria Saville. This will be the second duel between them, the first having taken place in 2011 with the victory of Kanepi in two sets. The Estonian beat the Russian Anna Kalinskaya by 6/7 (4-7), 6/4 and 6/3. The Australian passed Canadian Rebecca Marino, scoring 6/1 and 7/5.

At 37, Kanepi appears in 37th place in the rankings and was already in the top 15 in 2012. She has four WTA titles, the last won in 2013 in Brussels. Last year he reached a final in Melbourne. Saville reached the top 20 in 2017, the year he won his only WTA singles in New Haven. Recovered from an Achilles tendon injurywent nine months without playing and left the top 600 in February this year, but has now returned to the top 100 and is now 88th in the world.