The Canadian city destroyed in a few hours by a fire after registering 49.6 ºC 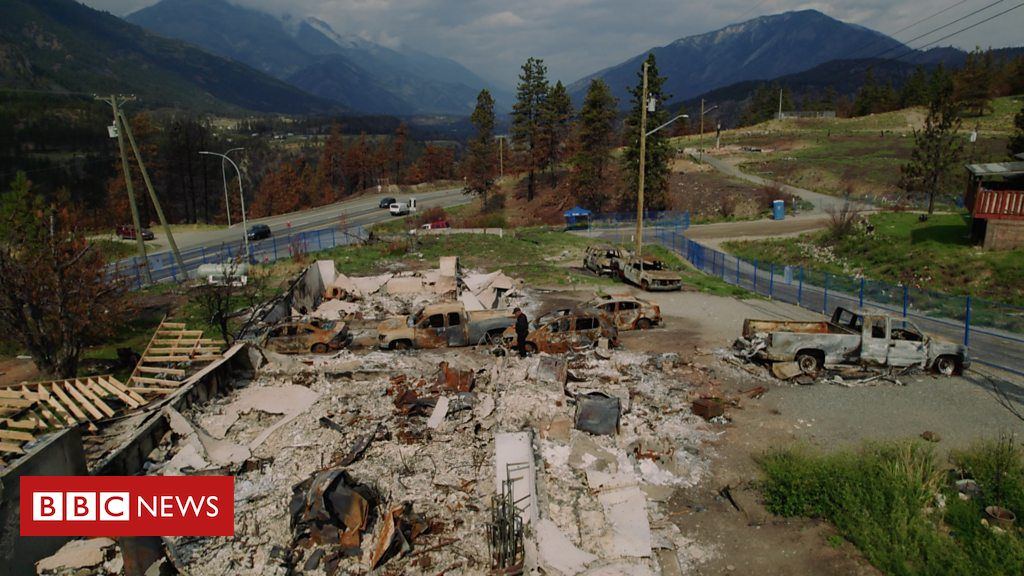 The Canadian city destroyed in a few hours by a fire after registering 49.6 ºC

Canadian Prime Minister Justin Trudeau told COP 26, the United Nations climate conference, that the country was warming twice as fast as the rest of the world.

This rise in temperatures has been felt hard in the southern town of Lytton.

In June 2021, local thermometers reached 49.6°C, the highest temperature ever recorded in such a northern location on the planet.

A day after reaching that mark, the small township was engulfed in flames.

“My sense of belonging vanished on June 30,” says Patrick Michell, leader of the Kanaka Bar indigenous community, who lives there.

After losing his house in the fire, he had to move into an RV with his wife. Her daughter, Serena, was eight months pregnant on the day of the fire and had to flee with only a few clothes.

The homeless people of Lytton are now searching for answers and those responsible for the incident.

It is suspected that a spark from the local railway started the flames, but an investigation found no link between the train line and the fire.

In this video from the ‘Life at 50°C’ series, the BBC traveled to the fire-ravaged Canadian town where some residents plan to build new homes in a more sustainable way.