Trévisan wins the 10th consecutive and achieves an unprecedented semi-final 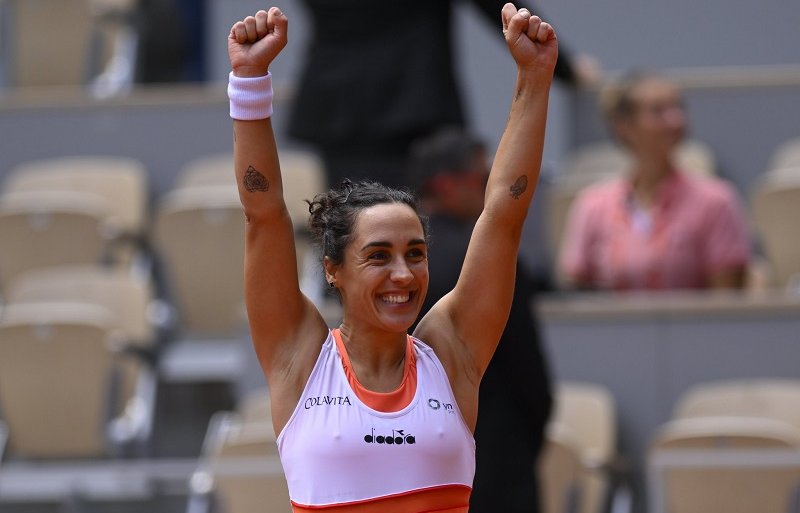 Paris, France) – The first semi-finalist this year at Roland Garros is the Italian Martina Trevisan, who struggled on Tuesday to complete the match against a weakened Canadian Leylah Fernandez, who encountered physical problems, but did not stop to fight and was eliminated only after 2h19 of fight, with a final score of 6/2, 6/7 (3-7) and 6/3.

It was the 10th consecutive victory for Trevisan, who comes from the WTA 250 title in Rabat, a week before the start of the French Grand Slam. She is having her best campaign of her career in one of the four main tournaments on the circuit and will now face the winner of the 100% North American clash between Sloane Stephens and Coco Gauff.

The 28-year-old Italian’s powerful punches were already giving enough work for Fernandez, who saw things get even more complicated when he injured his foot early in the game. She requested medical time off midway through the first set to receive treatment on her right foot, at the base of her toes. The Canadian continued to struggle, but the pain was visibly hampering her movements.

The situation left the match favorable to Trévisan, who took the opportunity to score two breaks in the first set, winning with a quiet 6/2. But Fernandez did not give up and fought until the last ball. Far more risky, she gave work in the second half, even opening up a 3/1 advantage, but then saw the Italian reverse the score and serve at 5/4, when she lost her first match point.

After failing to serve for the first time and being broken, Trevisan took the worst of the tiebreak and had to play the third set. Looser, it starts well and opens 4/0 straight away. However, once again the Italian felt her nerves on the close and was shattered by a 5/1 serve, but two games later managed to control her nerves better and claimed victory.