UN Ocean Conference in Lisbon ends with protests and no solution 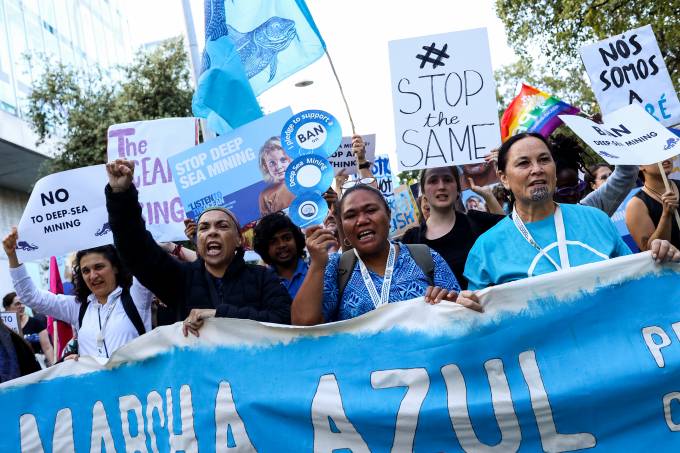 After five days of negotiations, the United Nations conference on the ocean, in Lisbon, ended on Friday 1st, but without great results. Environmental groups have called on leaders to deliver on promises made to save the seas, however, there has been no effective decision on funding vulnerable countries as expected.

The convention brought together around 7,000 representatives, including heads of state, scientists and NGOs. Everyone present feared that the energy crisis caused by the war in Ukraine could hamper efforts to combat climate change.

French President Emmanuel Macron and other countries like Fiji have raised concerns about deep-sea mining and called for a global moratorium on the problem, citing environmental concerns and a lack of sufficient scientific data.

The United States and Norway have committed to making shipping more sustainable and will announce concrete action at the climate conference in Egypt in November.

+ Machu Picchu is threatened by a forest fire in Peru

Despite the promises, the conference’s closing statement was seen as a lack of commitment, according to a statement released by an alliance of NGOs including BUND, WWF and Misereor. For the organizations, it was not clear whether the voluntary measures will be achieved, there was no means of control for the implementation of the new objectives, nor a report on the progress of the objectives established during the the last conference, which took place in New York in 2017.

“The ocean, climate and coastal communities around the world need real progress, not promises, when it comes to ocean health,” said Marco Lambertini, CEO of the Global Fund for Conservation. nature (WWF).

The main objectives cited in the “Lisbon Declaration” were to strengthen ocean studies and to recognize the knowledge of indigenous peoples in environmental studies. Countries have sought to strengthen ties with traditional communities.