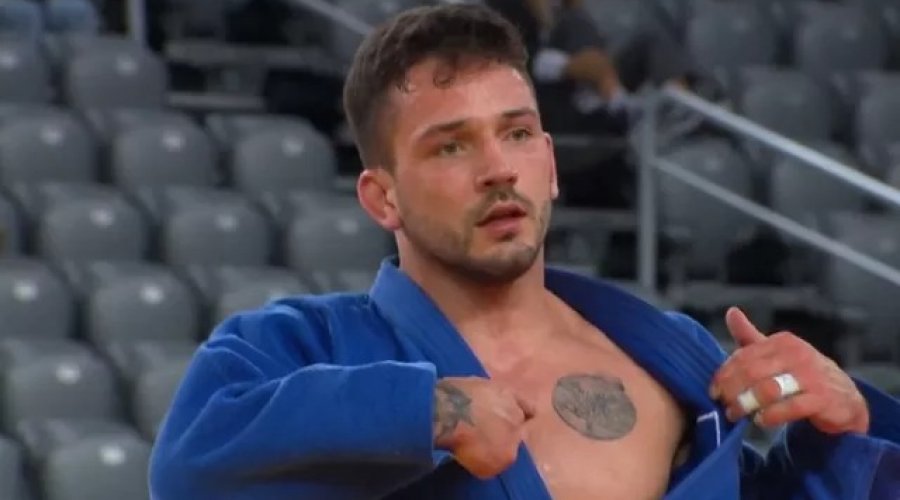 7 other Brazilians fight this Sunday, including Mayra Aguiar

Brazilian judo achieved a bronze double this Saturday (16) with Ketleyn Quadros (63 kg category) and Daniel Cargnin (73 kg) at the Zagreb Grand Prix (Croatia), the last competition that scores for the classification, before the World Cup. world of Uzbekistan, in October.

The competition continues this Sunday (17), with seven more Brazilians on the mat: Mayra Aguiar (78kg), Giovanna Santos (+78kg), Rafael Macedo (90kg), Luanh Rodrigues (90kg), André Humberto (100kg), Rafael Buzacarini (100kg) and Rafael Silva “Baby” (+100kg) on ​​the mat at the Zagreb Grand Prix. The Grand Prix is ​​broadcast live on the website of the International Judo Federation (IJF): the preliminary bouts begin at 5 a.m. and the contest for medals begins at 12 p.m.

Bronze a year ago at the Tokyo Games in the light middleweight category (66 kg), Cargni was overjoyed this Saturday with his first achievement in the new category – light weight (73 kg) – in which he began to fight this year. The Brazilian won bronze in Zagreb after winning five out of six bouts. The only defeat was in the semi-final against the Italian Manuel Lombardo. In the fight for bronze, Cargni got the better of fellow rookie Pedro Medeiros.

“I’m still adjusting to 73 kg. I’m very happy with the progress, that I’m doing well. I know there is still a lot to improve, but it’s step by step. And I’m still looking for Paris 2024, my second medal. I thank all those who applauded, who were not discouraged in defeats. See you at the Worlds,” an excited Daniel said, in a statement to the Brazilian Judo Confederation (CBJ).

Number four in the world at 63kg and in the fifth Olympic cycle, Ketlley Quadros won two bouts in the preliminaries but was passed in the semis by Canadian Catherine Beauchemin-Pinard – she would later win gold after the forfeit of Anriquelis Barrios due to injury. In the dispute for bronze, Quadros beat Israeli Gili Sharir with a waza-ari early in the fight and then only managed the advantage until the end of the match. This is the Brazilian’s second medal this year.

“I’m very happy with my medal. I think it’s a sign that I’m on the right track, that I’m improving day by day, that I’m pushing myself. I hope it will serve as motivation and stimulating, because it is the last competition before the Worlds. The work will continue. Now it is time to go back, to correct the details so that the next results are better and in our favor”, projected Ketleyn, who dreams to win his first World Cup medal. , in the next edition in Uzbekistan, in October.

Follow PNews on Google News and get the main news of the day first hand.