Sensation, the Dutch still haven’t lost against the top 20 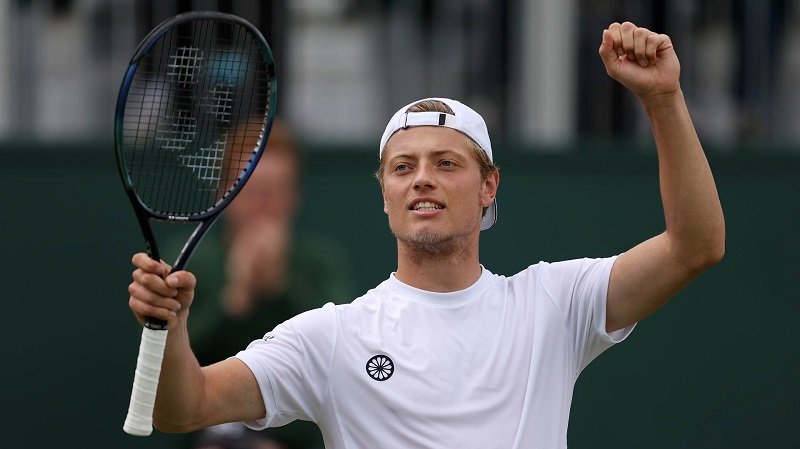 London, England) – Serbian Novak Djokovic’s next rival at Wimbledon, Dutchman Tim van Rijthoven is causing a sensation on the grass this season, taking advantage of the series of tournaments to win his first ATP title and reach the top 100 for the first time, something that will happen soon shortly after the game at the All England Club.

Current 104th in the world, the 25-year-old Dutchman was champion at ‘s-Hertogenbosch and will now challenge Djokovic in the round of 16. “Before starting the tournament, my dream was to play against him. I did my part to be able to have this opportunity and now I should be able to play on Center Court or Court 1 at Wimbledon, which is something magical,” Van Rijthoven pointed out.

“I’m a player who goes into every game thinking I can win and it will be like that against Djokovic. I’ll go into this duel with confidence that I can win,” added the Dutchman, who has won all the top 20s. he has faced so far, all in the current season.

In the campaign at ‘s-Hertogenbosch he beat American Taylor Fritz, Canadian Felix Auger-Aliassime and Russian Daniil Medvedev, who were the tournament’s top three seeds, and now at Wimbledon he has overtaken the American Reilly Opelka. second round before beating Georgian Nikoloz Basilashvili this Friday.

“Today’s match was not like the others, there was an unpredictable player in front of him who can sometimes do very well or very badly. So I entered the field just thinking about keeping the ball in play and making him throw a lot of balls, giving him the chance to miss, ”commented the Dutchman, who with the Wimbledon campaign provisionally climbs to the 99th position in the ranking.

Asked about his greatest virtues on grass, he highlighted his service. “In the last eight games, from memory, I think I’ve only been broken a few times, so it’s from the serve that I start to shape the rest of my game,” commented Van Rijthoven, who also pointed out his aggressiveness and said he likes playing with slices.

Brilliant just now at 25, he sees his moment as the fruit of hard work. “To a foreigner, it all looks like a fairy tale, because it seems like it came out of nowhere. I hadn’t even won a challenger title until I won an ATP 250. I worked hard and never gave up hope that I could finally feel those positive vibes. Now I’m riding the wave, let’s see where it stops, ”he concluded.