Discover the preview of the album “Debut”, recorded by Amorim-Rufino Duo 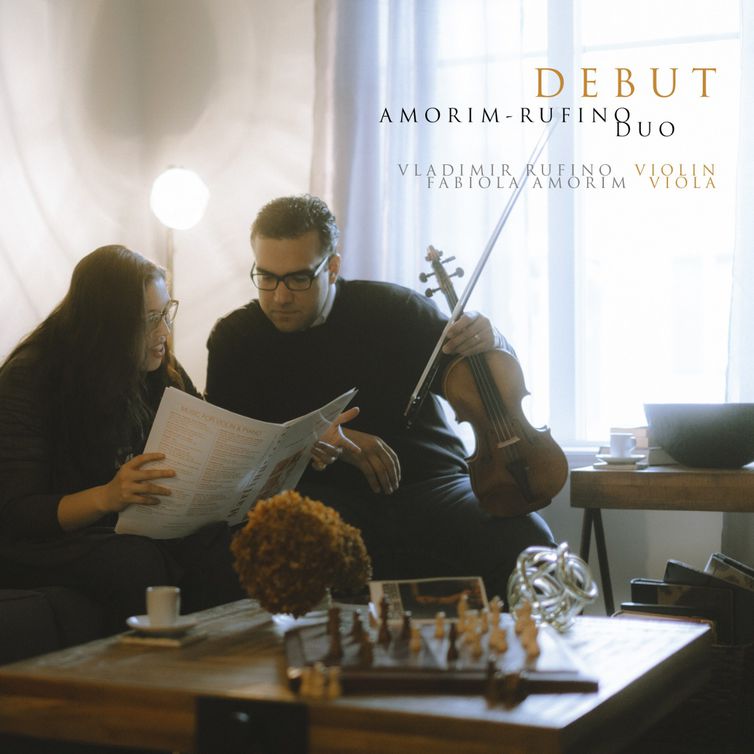 O Music and musicians from Brazil this Sunday (3) brings the pre-release of the album “Debut”, recorded by Amorim-Rufino Duo, with works by Villa-Lobos, Martinů, Paul Wranitzky, and much more.

Amorim-Rufino Duo was formed in 2005 by Canadian-Brazilian musicians Vladimir Rufino (on violin) and Fabíola Amorim (on viola). The two often perform as a duo, as well as in orchestras and chamber ensembles in several countries, such as Brazil, the United States, Italy and Canada (where they currently reside). The duo’s debut album, scheduled for release on July 8, presents a selection of works by various composers written for violin and viola. All of the repertoire chosen for the album has meaning for the couple, reflecting the musicians’ history of harmony and partnership. This includes the world premiere of “Two Hearts in Concert” by Canadian composer Frank Horvat, composed especially for the duo.

In addition to sharing the stage as interpreters of several groups, such as the Sinfônica da Paraíba, the Camerata Bralísica and the Villa-Lobos String Quartet, Vladimir Rufino and Fabíola Amorim are members of the highly acclaimed Vaughan String Quartet. They also have practically the same academic background: both have a bachelor’s degree in music from the Federal University of Paraíba (UFPB), an artist’s certificate and a master’s degree in music from Azusa Pacific University (in the United States), and a Ph.D. from the University University of Alberta (in Canada). All this artistic and academic filiation is perceptible in this first work of the duo, whose selection of works, carefully chosen, brought together reference pieces for this instrumental formation, written between the years 1788 and 2021.

Also on the program, discover a brief tribute to pianist Gilberto Tinetti, who died on June 18, at the age of 90.

Gilberto Tinetti worked as a professor in the music department of USP and was artistic director of the Pró Arte music seminars in São Paulo. Throughout his respectable career of more than 40 years, Gilberto Tinetti has performed in countries in Europe and the Americas, won important prizes and been responsible for the training of great Brazilian pianists. He was also known nationally for his work on Rádio Cultura FM, where for more than 30 years he was in front of the “Pianíssimo” program.

Listen live on player below:

O Music and musicians from Brazil broadcast this Sunday at 7 p.m. on Rádio MEC.