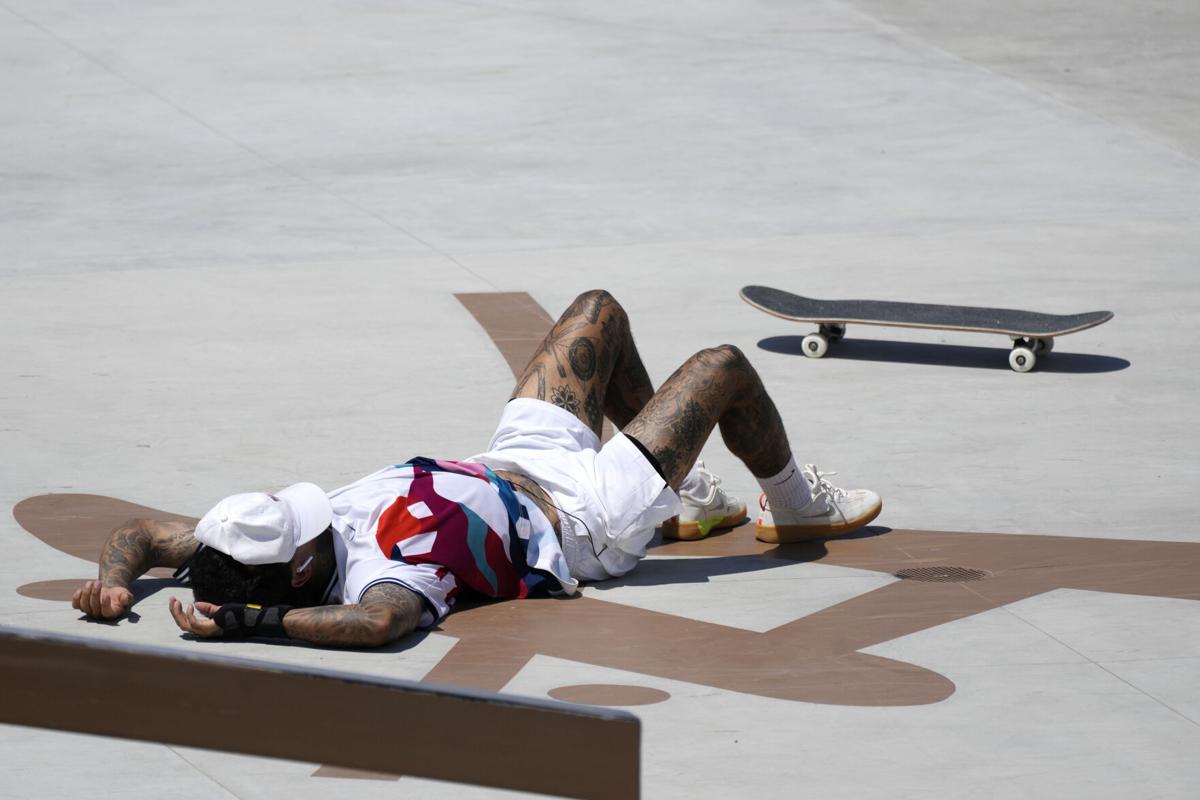 Is Skate Street’s new competition format fair? This is the first question that came to mind while watching the Pro Tour in Rome. The first of many qualifying stages we will have until the Paris Olympics in 2024; the first event to count points for the Olympic ranking, and, perhaps, the only one before the Street and Park World Cups, which will take place in Rio de Janeiro, at the end of the year.

Normally, skate stages are usually very competitive, with a high level of performance and maneuvers presented by skaters from all over the world, and this one was not much different. But still, something bothered me.

I’ve been following skateboarding for a long time, even before the idea of ​​it being an Olympic sport came close to reality. I remember the rookie Nyjah competing with his traditional dreads – he also won this Pro Tour -, the Brazilian Luan Oliveira conquering the world, and the first ten scores presented by the SLS (Street League Skateboarding). In 2019, I was present at one of the best skateboarding competitions, the Super Crown, organized at the Anhembi Pavilion, in São Paulo; and I don’t remember having that feeling in any of those situations. The feeling of frustration, of disappointment, that something was wrong.

This text will not be limited to a simple criticism of the decisions taken by World Skate, I hope to be able to put my suggestions for changes on the agenda, bringing reflection. And don’t be fooled into thinking that the fact that the Brazilians haven’t achieved a great result at this stage somehow interferes with this opinion. That said, before we go any further, we need to explain these changes.

The Tokyo 2020 Olympics marked the last competition in which the old system was used. At the time, all skaters were allowed to compete in two 45-second rounds, followed by five tricks (or maneuvers), to increase their scores. Thus, the four highest marks, regardless of the stage at which they were obtained, were used for the final mark. Another detail, the scores ranged from 0 to 10, with 40 being the maximum a skater could get, in the unlikely event of getting the maximum score four times.

As of now (or rather, since last year in SLS competitions), this system has changed. The scores began to be established in the score from 0 to 100. While the challenge format establishes that only three scores will be counted and, necessarily, counting one of the rounds. This change was made with the intention that tricks be valued more, preventing some skaters from winning a championship, using only scores achieved during the maneuver phase.

There is yet another important change, not so noticeable. Athletes will now be able to deliberately remove one of their maneuvers from the new score denial procedure. Thus, skaters will be able to delete one of their previous tricks, try to improve it, and achieve a higher score than what was previously obtained. With this, they avoid deductions and replay penalties if the first attempt doesn’t go as planned.

Sports like skateboarding, in which winners are defined by ratings, face a major problem related to subjectivity. And this is nothing new in the sports world; surfing as a professional sport is decades ahead of skateboarding, and it still faces such issues. Other sports like artistic gymnastics and artistic swimming have undergone and are still undergoing drastic changes in the standardization and improvement of their scores. All this, while seeking more credibility and fairness in the final grades. To make judging clearer, both for the public and for the athletes. But that’s where the first question in skateboarding comes in. Is that clear?

In this last stage, one of the notes caught everyone’s attention, including the public in Rome, who booed the score conquered by the Frenchman Aurelién Giraud, in one of his maneuvers; and not be the only questionable note in the final. Here I open quotation marks to say that I am far from being an expert in maneuvers. However, the passion and the time that I practice this modality allow me to have an idea if something has been done well, or if a certain trick is of great difficulty or not.

And I assure you, the maneuver presented by Giraud is far from easy. In my opinion, his “low” score (just over 91 points) was because his landing was not the best. But, let’s face it, didn’t he do exactly what we want to see in this type of competition? Incredible maneuvers that even in video games are considered to be of a high degree of difficulty become real? In short, I don’t know if it’s clear to all skaters what the judges want to see, or the judgment behind it. Maybe if the Frenchman had been clearer on what to do, he could have tried another maneuver and secured his title in the stage.

However, the big question is: does the new way of participating in street skate competitions work fairly? It is obvious that the skaters now have to be more precise, with only two attempts in play, to achieve a high score that will certainly be part of the final score. This practice, which establishes a small margin of error, is even common in certain sports. In judo, for example, a little deconcentration in the fight, to be able to take the athlete to the ground and finish with his chances in a determined championship. But does it work for skateboarding?

It was also clear that if a skater fails to reach their “line” or falls in decisive maneuvers, these errors will make all the difference in the rest of the competition. This is what happened with three skaters in this stage: the double world champion Pâmela Rosa, the experienced Canadian Ryan Decenzo and the current Olympic champion, the Japanese Yuto Horigome. And if we want to go further, even with Rayssa Leal. All underperformed at this stage of the competition, which significantly reduced their chances of a podium finish.

This limitation imposed on the sum of the scores forces the athletes to go well beyond what is reasonable for them, in the following phase. Yuto, seeing his score extremely low compared to the scores of the other skaters, risked maneuvers of a very high technical level. Even if he succeeded in these tricks, who is to say that he would receive a mark fair or comparable to his success? Probably, he would have difficulty completing the maneuver, or he would suffer deductions for not being “perfect”. And then what would happen? Would he be penalized for this, like Giraud? As we have seen, this would make a difference in his score, dropping him even further from the score needed to fight for a podium or a win. Once the scores to get there, hovered around the unthinkable 95, 96 and 97 points, on some occasions

So what should be done? It would be too presumptuous to define what would be ideal for street competitions. However, here is my suggestion: look aside!

Just look at what your “competitors” are doing, and maybe the “solution” is there. For example, the X-Games, which already had different contest systems for the different competitions on their schedule. Among them, the street competition, where the skaters had a certain time to compete in the round phase. Immediately after one skater completes theirs, the next follows, and so on. This would give athletes more opportunities to try to get the best layout and the best marks.

It is clear that this would require greater dynamism on the part of the judges in the evaluation and distribution of scores, not to mention the physical preparation of the skaters, who would have a shorter rest time. In addition to several other secondary issues that should be adjusted. But wouldn’t that be fairer? That way imposing one of your tricks on top of the final score would make more sense. And we can go further, it would be a way to offer more possibilities to skaters, and a greater appreciation of figures, allowing them to offer the best possible show to the public.

And you what do you think ? Is skateboarding headed in the right direction for Olympic contentions?