Azerbaijan GP: Leclerc takes off at the end and takes pole position in Baku | Formula 1 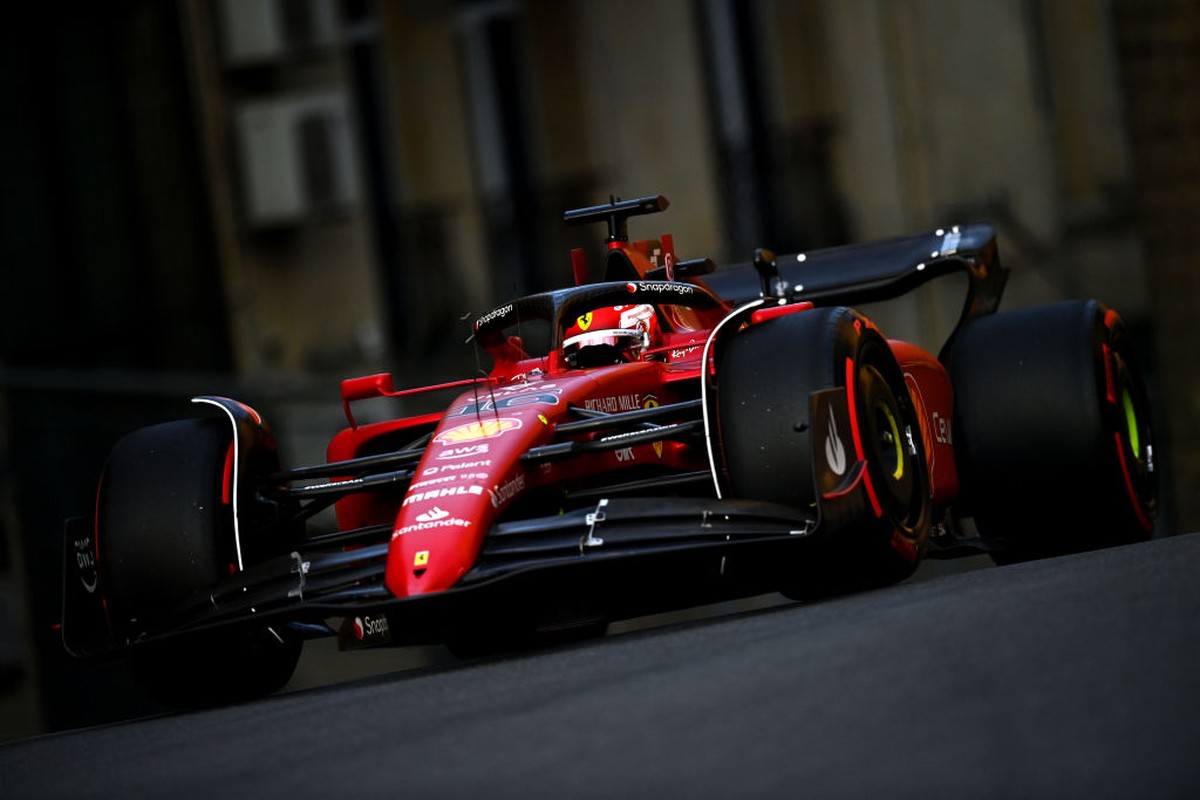 Charles Leclerc will once again start in first position in a race this season in Formula 1. This Saturday, the Ferrari driver took off in the last minute of qualifying to set the fastest lap on the Baku circuit (1m41s359) and s secure pole position for this Sunday’s race. Azerbaijan GP. It was the Monegasque’s sixth pole in eight races this year and the 15th of his career.

The Azerbaijan GP is due to start at 8am (Brasilia time) this Sunday. O age real-time tracking.

Leclerc won the separate duel between Ferrari and RBR on Saturday. Both teams had a head start on their opponents and the drivers took turns leading the qualifying practice. Sergio Pérez secured second place (1m41s641), one place ahead of teammate and season leader Max Verstappen (1m41s706). Spaniard Carlos Sainz flirted with pole but ended up being overtaken by his rivals on the home stretch of practice and will start fourth (1m41s814).

Seven-time world champion Lewis Hamilton was outside the front row for the first time in Baku. The driver never fought for the top spots and needed a team game from Mercedes to avoid being knocked out in Q2, relying on the void of teammate George Russell. Hamilton finished in seventh position.

“It’s really good. This pole, I didn’t expect it. I thought the RBR was stronger, especially in Q1 and Q2, but in the last lap everything fell into place. I’m really excited for the race.”

“It wasn’t ideal qualifying. We couldn’t start the engine…we lost a few tenths. I think Charles had a really good lap.”

It didn’t take long for Verstappen to take the lead, but the stint of first position was intense between RBR and Ferrari, as well as in the third free practice in Baku. Leclerc and Pérez were also in the lead, but the season leader set the fastest lap in Q1 with a time of 1:42.772. All used soft tires.

The session was marked by a red flag with only 2m30s to go. Lance Stroll swerved around a corner and hit the guardrail. He warned Aston Martin of possible front wing damage, but continued to race. As he needed to improve his classification in order not to be eliminated, he risked another fast lap and ended up crashing hard at turn 2. Practice was stopped for the Canadian’s car to be withdrawn and the track cleared.

With only time for a quick lap from each driver, little changed when Q1 resumed. Only Valtteri Bottas managed to get his Alfa Romeo out of the elimination zone.

Once again, Ferrari and RBR duel in Q2. Verstappen was the first to appear in the lead. Ferrari grew with Sainz and then with Leclerc, but Pérez set the best lap in 1’41.955. Leclerc and Verstappen still tried a quick lap, but they took too many risks and scraped the guardrail. All followed with soft tires.

Lewis Hamilton, on the other hand, struggled. He was in 11th place and it took a team game not to be eliminated. The seven-time world champion had help from the vacuum of George Russell to improve the mark and move up to sixth place. However, the Briton will be indicted for driving too slowly unnecessarily precisely to fit into the Mercedes team-mate’s void.

Sebastian Vettel even beat Aston Martin on guardrail protection, but the four-time world champion continued in the session and managed to qualify for Q3.

The separate battle between Ferrari and RBR was repeated in the third quarter. The Italian team took the lead, and Carlos Sainz took the lead, flirting with the first pole position of his career. But on the last fast lap, the Spaniard scrapes the guardrail and sees the three main haters pass him. Charles Leclerc achieved a lap close to perfection by setting the best time of the weekend (1m41s359). The two RBR cars followed suit: Pérez second and Verstappen third. All used soft tires.