In AM, Bolsonaro parades on a motorcycle without a helmet and ignores Dom and Bruno in the speech 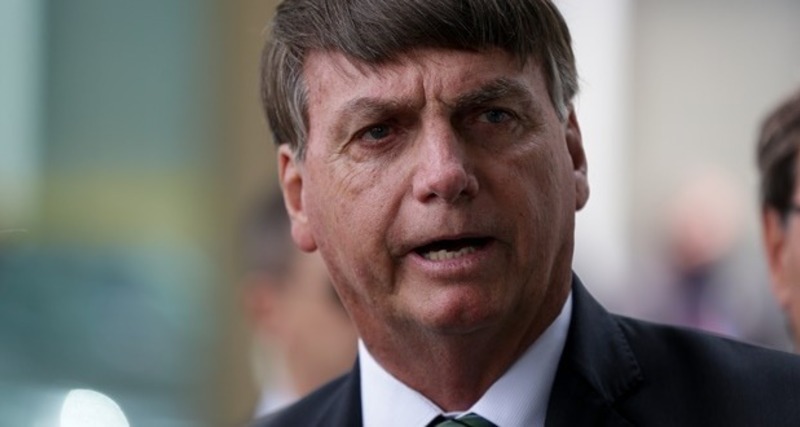 President Jair Bolsonaro (PL) traveled this Saturday (06/18) to Manaus, capital of Amazonas. In the afternoon, the Chief Executive took part in a motorcycle ride, still without a helmet. When addressing his supporters, he ignored the murders of indigenist Bruno Araújo Pereira and British journalist Dom Phillips, which took place this month in the state.

“Bikers present here: thank you very much for this gigantic motorcycle that we have just made, giving more light and life to this moment of adoration,” he said in his speech on stage.
Bolsonaro said the use of motorcycles has had a positive impact on the state’s economy by “increasing the assembly and production of motorcycles in the Manaus Free Trade Zone.”

The President drew attention to “how we have treated motorcyclists” and reinforced his intention of zero tax for those who travel by this means of transport. “We encourage the use of this vehicle and Manaus benefits from it,” he said.

In the live of this Thursday (06/16), the president quickly mentioned the case of Bruno and Dom, but without mentioning their names, when criticizing former president Luiz Inácio Lula da Silva (PT), his main opponent in this year’s elections.

“Lula just said that taking advantage of this unfortunate case, where the bodies appeared, he would like people to be found alive, but the bodies of the Englishman and the Brazilian appeared, Lula saying that if he is elected, it will impose zero deforestation in the Amazon”, declared.

This Saturday, the PF (Federal Police) arrested the third suspect involved in the death of Bruno and Dom. Jefferson da Silva Lima, also known as ‘Pelado da Dinha’, turned himself in to authorities today after learning from his family that police were looking for him.

According to the company, he will be questioned and then remanded to a custody hearing. He is named as someone who directly participated in the double homicide and helped cover up the bodies. Lima appeared around 6 a.m. at the police station in Atalaia do Norte, in the far west of the Amazon.

Besides Lima, the PF first arrested fisherman Amarildo da Costa Oliveira, known as “Pelado”, who confessed to dismembering and burying the bodies. Later, his brother, Oseney de Oliveira, was arrested, but denied any involvement in the double homicide.

The fisherman who took the police to where the remains of Dom and Bruno’s bodies were. The material was sent for analysis on Thursday (16). This Friday (17/06), the PF confirmed that the parts found were those of Dom and this Saturday the other body was identified as that of Bruno.

WHO ARE THE VICTIMS ?

Dom was a correspondent for The Guardian newspaper. British, he came to Brazil in 2007 and has traveled frequently to the Amazon to report on the environmental crisis and its consequences for indigenous communities and their lands.

The journalist met Bruno in 2018, during a report for the Guardian. The couple were part of a 17-day expedition through the indigenous land of Vale do Javari, one of the largest concentrations of uncontacted indigenous people in the world. The common interest brought the couple closer together.

Bruno, a licensed servant of Funai (Fundação Nacional do Índio), was known as a defender of indigenous peoples and active in inspecting invaders, such as prospectors, fishermen and loggers. In an interview with UOL, indigenous leader Manoel Chorimpa said the indigenist was worried about the death threats he had received.