With No 1 guaranteed, Medvedev plays another final 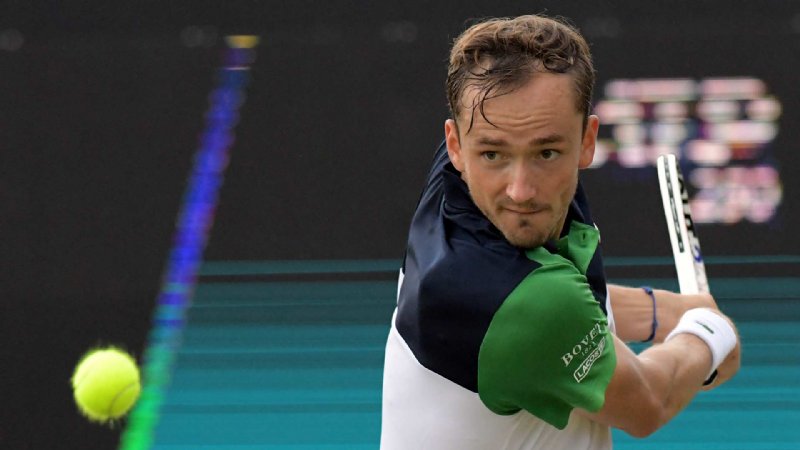 ‘s-Hertogenbosch (Netherlands) – With the certainty that he will return to the top of the world rankings next Monday, Daniil Medvedev arrives without losing sets in the ATP 250 final at ‘s-Hertogenbosch, on grass, in Holland. Seeded in the tournament, he beat Frenchman Adrian Mannarino, champion in 2019, this Saturday with a double 7/5 in 1h56 of the match.

At 26, Medvedev will play his second final of the year and is looking for his first title of the season. He has 13 wins on the tour, most recently at the US Open last year. Playing on grass, he won the Mallorca ATP last season. This week’s Dutch tournament is one of the few grass-court tournaments of the season to feature players from Russia and Belarus, and its women’s final will take place between Aryna Sabalenka and Ekaterina Alexandrova.

In Saturday’s balanced semifinal, Medvedev had four aces and four double faults. He created ten break points and scored five breaks, but lost four service games against Mannarino. The Russian had moments of oscillation, he even led the first set by 4/2, gave up the tie in the eighth game, but broke again in the last game of the partial. In the second set, the story looked like. Medvedev opened 5/3, was broken on serve for the match, but regained the lead soon after.

A Dutch guest surprises Aliassime in the semi-finals
Medvedev’s opponent in the final this Sunday will be the Dutchman Tim Van Rijthoven, 25 years old and 205th in the standings. The local guest had started the tournament without any ATP main draw wins but is having a dream week winning four straight on grass. After overtaking Matthew Ebden, Taylor Fritz and Hugo Gaston, the Dutchman won the semi-final this Saturday against the Canadian Felix Auger-Aliassime, world number 9 and seeded 2 in the event, by 6/3, 1/ 6 and 7/6 (7-5) at 2h05 from departure.

The big campaign will give Van Rijthoven a jump in the rankings. The projection on the official ATP website indicates that the Dutchman will be among the top 140 in the world from Monday. And if you’re a tournament champion, you can appear in the top 110 and within 40 points of an unprecedented top 100 spot.